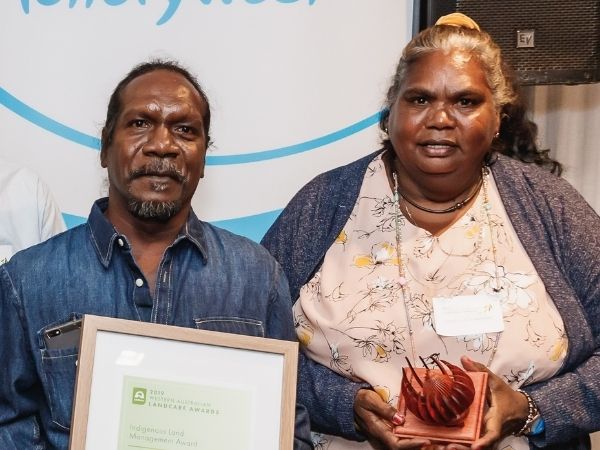 The Wunambal Gaambera Aboriginal Corporation holds and manages the Native Title rights and interests of the Wunambal Gaambera people. In 2011, Australian law recognised the unbroken connection held by the Wunambal Gaambera people, calling them Wanjina Wunggurr (Uunguu) Common Law Native Title holders. The Wunambal Gaambera country covers some 2.5 million hectares of some of the most ecologically and culturally significant land in Australia, including mainland and islands. Wunambal Gaambera country is a key cultural and ecological stronghold within the Kimberley region. The Wunambal Gaambera people made a Healthy Country Plan – a world first – to help them keep their country and culture healthy and to build the capacity and wealth of their families to live on their country into the future. Over the past years, an independent review has highlighted that the world-first Healthy Country Plan was a sophisticated and inspiring plan that sets a high standard for Indigenous Protected Area planning in Australia. This plan importantly has a dual emphasis on cultural and ecological targets, with the Corporation creating a fresh new way of linking measures of Indigenous health with measures of ecosystem health.