Costa Georgiadis will host this very special event to recognise the diversity of landcare across Australia, and celebrate the achievements of the 61 Landcare Awards nominees.

The award nominees were winners in the 2021 State and Territory Landcare Program, and are now finalists for the 2022 National Landcare Awards. A winner will be announced for the following categories:

The winners of the Bob Hawke Landcare Award and the General Jeffery Soil Health Award will also be announced.

The Australian Government Individual Landcarer Award acknowledges the significant contribution made by an individual who has demonstrated outstanding leadership and commitment to landcare. There are many people who, through their actions, have had a positive impact on improving land management practices through practical on-ground activities, and/or by creating awareness of landcare in their local community.

Nominations are open to an individual who may be a farmer, landowner, Landcare facilitator or coordinator, Traditional Owner, teacher, or a volunteer from or member of a Landcare group/network or any other environmental care group.

The Australian Government Partnerships for Landcare Award acknowledges a partnership of individuals, groups, networks, or organisations that has demonstrated leadership and achievement in landcare-related activities as a result of the partnership.

The Coastcare Award acknowledges a community group or network that has contributed to the significant improvement of a coastal or marine environment. This may include estuaries, coastal and marine wetlands, river systems and salt marsh ecosystems. The Coastcare activities may include sand dune restoration, protection of threatened species, removing invasive species that are impacting on native flora, plastics and waste removal, education and volunteer engagement, and mitigating urban impact on marine environments like storm water pollution or the control of access to sensitive and vulnerable areas.

Nominations are open to a community group or network, including Coastcare and Landcare groups/networks, Dunecare, Rivercare, Bushcare, ‘Friends of’ groups, youth groups and other community groups responding to local environmental issues.

The ACM Community Group Award acknowledges an outstanding community group that is improving sustainable land use and/or is undertaking on-ground action to protect, enhance or restore the natural values of an area on behalf of the wider community.

The KPMG Indigenous Land Management Award acknowledges an outstanding Indigenous community group or individual that is working towards improving land use and/or enhancing or protecting an area on behalf of the community.

Nominations are open to an individual and/or Indigenous community groups.

The Steadfast Young Landcare Leadership Award acknowledges an individual or a youth group* between the ages of 15 – 35 years who promote excellence in landcare through on-ground projects and/or awareness raising activities.

Nominations are open to an individual or youth group who can demonstrate their capacity to lead and encourage the wider community to engage and participate in managing the environment and natural resources in their local area.

*The majority of the group’s membership must be between the 18-35-year age range. 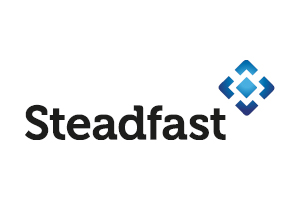 Thank you to the 2022 National Landcare Award sponsors