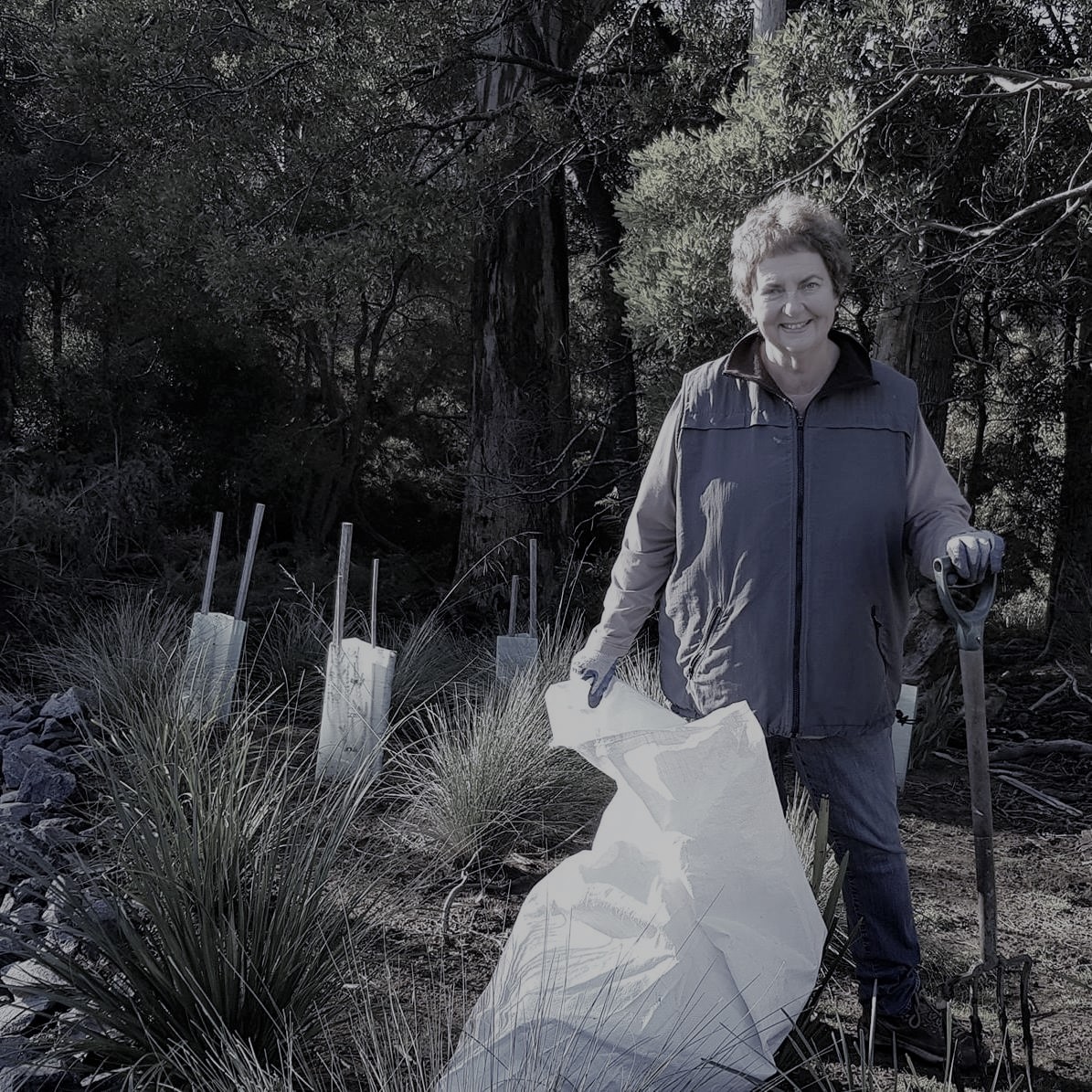 Ross and Helen Eastburn were instrumental in forming the West Tamar Landcare (WTL) group, one of the longest-running Landcare groups in Tasmania. Helen and Ross mobilised the local community to protect the Supply River, which was suffering from erosion due to successive floods, and more than 3,000 plants were planted following willow removal from the upper catchment. Stabilization work was undertaken and many trees and native shrubs planted. A grant of $150,000 was secured to carry out this work, and Ross and Helen were active in overseeing expenditure and communication with Council. As well as battling riverbank erosion, the Eastburns have been active in eradicating weeds. For 11 years WTL has undertaken seasonal raids on ragwort and boneseed in public areas. Ross works on the roadside every year, while Helen mans the BBQ.